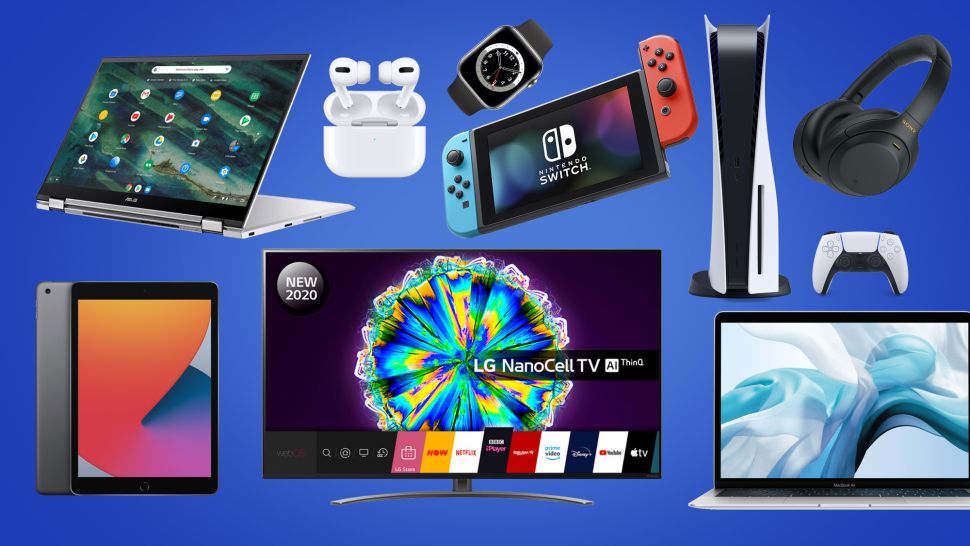 There are hundreds of early January sales to shop online, with thousands of great  new year deals on everything from TVs to mattresses.

Here, we’ve curated our pick of the best January sales, and we’ve also provided a handy A-Z retailer index further down the page, listing all the promotions each store is currently running. You can either browse the glossary chronologically, or go straight to the store you want using the jump links.

So what are the best deals we’ve seen? Well, there’s up to 50% off Fire Sticks, Shark cordless vacuums and more at Amazon; 50% off home and cookware at John Lewis, and the Emma mattress is half price too (we think it’s the best mattress in the UK).

But there’s loads more. Whether you’re looking for fashion or fitness items, we’ve got you covered with our pick of the best early January sales.

Here are the best retailers to shop during the January sales. We’ve included a mini-review of each one to let you know what’s in the sale.

Boxing Day and January sales: everything you need to know

Boxing Day 2021 and January sales: when do they start?

The Boxing Day sales traditionally start on the morning of December 26th but it’s not unusual for retailers, especially these days, to start their deals events much earlier. That’s actually what’s happening this year, with most retailers launching their Boxing Day sales on Christmas eve.

While it depends from retailer to retailer – a lot of shops are offering up extended ‘December’ or ‘Winter’ sales this year that are highly likely to be carried through to Boxing Day and maybe even January. That said, there are definitely a few retailers still keeping their powder dry until the big day itself this week.

Here are a list of today’s best Boxing Day sales:

When will the Boxing Day sales end – and the January sales begin?

This will vary from retailer to retailer. While some switch their Boxing Day sales into early January sales from the 27 December, others extend their Boxing Day deals right to the end of the month. Largely, though, you’ll find it’s the same offers, just packaged under a different name.

What to expect in the Boxing Day and January sales

Boxing Day and the January sales have always been a great time to pick up a discount on a TV and we’re expecting this year’s events to be no exception to that. Currys, Amazon, and John Lewis in particular will be the retailers to beat, although AO.com, Very, and Box should also offer great deals in their own right too.

While it’s still early days, the Boxing Day sales have traditionally been a good time to pick up the latest releases from the prior year – think fancy new OLEDs or QLED displays. The newest features tend to trickle down to the cheaper models too, so if you’re looking for something a bit more affordable, then you should be well catered for too.

In particular, this year’s TVs have really focused on support for the next-gen gaming consoles – the PS5 and Xbox Series X – so if you’re one of the lucky few to have a console, then you should be able to find a deal on a capable TV too.

While Black Friday and Cyber Monday are traditionally heralded as the best times of the year to pick up laptop deals, we definitely wouldn’t rule out the Boxing Day sales and January sales as a close second.

Leading retailers will absolutely be looking to compete with excellent options on everything from basic Chromebooks to lavish gaming laptops – and not just to shift old stock either.

Even better still, large-scale global chip shortages haven’t really affected the laptops market too much in the UK, which means retailer shelves should be relatively well-stocked by the time Boxing Day rolls around. We’d expect manufacturers like Dell and HP to offer excellent options directly via their sites, and Amazon, Currys, Box, Laptops Direct, and Very make up the bulk of top retailer options.

Headphone crowd favorites like the Jabra Elite Active 75T and Sony WH-1000XM4 were fixtures in last year’s Boxing Day sales and there’s likely to be similar options this year. Also, we wouldn’t rule out deals on the Apple AirPods, which are always a favorite at any sales event and always tend to be on sale at Amazon these days.

Pairing up nicely with headphones will also be sales on smartwatches – namely Apple Watches and Fitbits. These exact brands were on sale over last year’s events and you’ll definitely see retailers looking to cash in on those new year’s fitness resolutions with some relevant tech.

Finally, this year’s events should also include plenty of sales on the latest tablets. On the cheaper end of things, we’ll likely see moderate price cuts on Amazon’s Fire HD tablets – a good option for the basics or kids’ devices. For those looking to spend more, this year’s iPads will most likely be the most popular choices – and the ones we recommend. Sales on the newest 10.2 and Mini models aren’t likely to be anything too crazy, but we should see healthy discounts on the slightly older Air and Pro models.

The Boxing Day and January sales are prime time for retailers looking to cash in on those popular fitness-focused new year’s resolutions. If you think you’ll be one of many to brave the January weather for your daily jog or commute down to the local gym, then it’s likely you’ll find excellent options for fitness gadgets.

Last year’s sales included very competitive prices on the FitBit Inspire 2 and the new (at the time) FitBit Versa 3. Amazon also had a great £36 price on the Eufy Smart Scale, a discount that’s subsequently been exceeded multiple times in 2021.

Alongside tech gadgets, we also saw leading sports clothing retailers like Nike and Addidas offer excellent clearance sales over January. If you’re not a fan of that January weather (believe us, neither are we), then you’ll definitely be able to save on some new threads. If hiking is more your thing, then GoOutDoors also offered a clearance sale – very handy for boots, heavy winter coats, and hats too.

Facebook
Twitter
Pinterest
WhatsApp
Previous articleAlabama vs Cincinnati live stream: how to watch Cotton Bowl Classic online from anywhere
Next articleGoogle and Microsoft are using their deep pockets to take on AWS