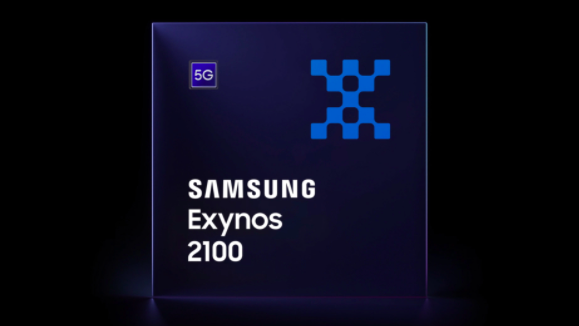 It’s official now. Samsung is all set to launch its next generation Exynos 2200 chipset on January 11, the same day that we are expecting the arrival of the Samsung Galaxy S21 FE. Of course, the fan edition handset is slated to arrive with older generation chipsets – either the Exynos 2100 or the Snapdragon 888.

The date has been confirmed officially via the Samsung Semiconductor’s Twitter handle with the hashtag #PlayTimeIsOver. Looks like the new chipset would go into the upcoming Samsung Galaxy S22, though for now the reports are that the flagship will be carrying Qualcomm’s latest Snapdragon 8 Gen 1 under the hood.

As a successor to the 2021 Exynos 2100, the upcoming Exynos 2200 could power some of the upcoming devices from Samsung, including handsets from the Galaxy S22 series. This could be so in geographies such as India where the Korean giant has in the past brought in devices with its own chipsets while using Qualcomm ones in the United States and Europe.

#PlaytimeIsOver. The gaming marketplace is about to get serious. Stay tuned for the next #Exynos with the new GPU born from RDNA 2. January 11, 2022. pic.twitter.com/5V547CpDkPDecember 30, 2021

The key specifications of the Exynos 2200 are unknown though rumors suggest it is based on the 4nm FinFET process. The GPU is co-developed with AMD and features some gaming-centric features like better ray-tracing, HDR gaming, and so on.

A report published on GSM Arena says the RDNA 2 based GPU will be the highlight, given that the same architecture is also used in AMD’s RX 6000-series GPUs. It also finds its way into custom chipsets in the latest Xbox and PS5 gaming consoles.

Of course, this doesn’t mean the Exynos 2200 within a smartphone will automatically enabling next-gen graphics on par with gaming consoles and PCs. How this move is to pan out depends on the gaming industry.

Not many details are available on the chipset but past reports have suggested that Exynos 2200 could feature 1xARM Cortex-X2 CPU core, 3xARM Cortex-A710 CPU cores, and 4x ARM Cortex-A510 CPU cores. It would definitely include a 5G modem and other latest connectivity options like Wi-Fi 6E. We may also see Exynos 2200 featuring an integrated NPU, ISP, and at least 200MP camera sensor support, with 4K 120fps video recording capability.

The article further notes that hardware support for ray tracing will be a first insofar as the mobile phone technology goes. However, now we will have to wait and see as to how the gaming industry puts it to more use. Given that all flagship SoCs on the Android framework are using the same ARM cores as its basic CPU hardware, it looks like Samsung wants to tilt it’s processors towards gaming.

Check out our yearend stories around Tech, OTT, Fintech and Movies:

Facebook
Twitter
Pinterest
WhatsApp
Previous articleThe best photos of 2021 (and how to take them)
Next article10 best upcoming phones of 2022: the handsets we’re excited to see