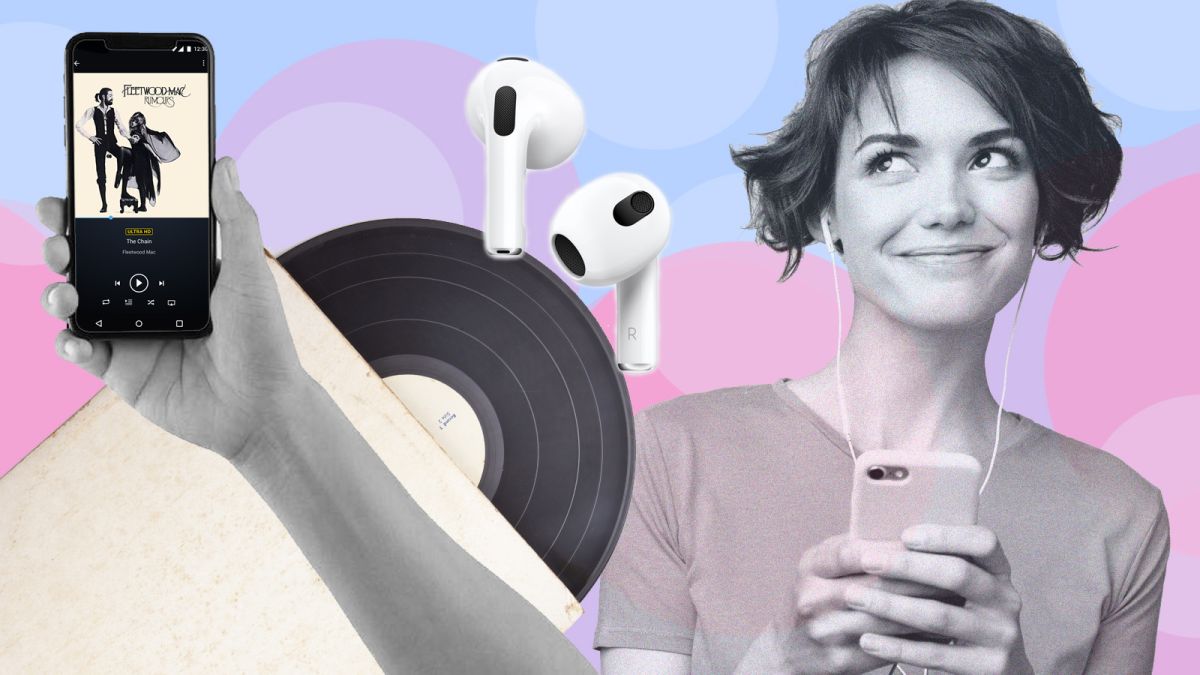 Audio in 2021: the year we got the AirPods 3 and cool girls ditched wireless headphones


It’s been a fantastic year for audiophiles. Whether you’re a casual music listener or a dedicated AV enthusiast, 2021 has seen some landmark product launches, innovations in the field of wireless music streaming, unexpected trends, and the continued growth of spatial audio technologies.

2021 was a difficult year for many industries, with the ongoing Covid-19 pandemic and global chip shortages making it near impossible for companies across the world of tech to go about ‘business as usual’.

In spite of all the trials and tribulations of the past year, the audio industry has flourished, with global headphones and speaker sales steadily growing over 2021.

Dry sales figures aside, there’s been a definite change in the way we listen to music this year. Music streaming services like Apple Music and Amazon Music HD brought hi-res audio to the masses, offering audiophile-standard streams at no extra cost to their existing subscribers – and advances in Bluetooth technology mean that support for lossless audio will soon be the standard for wireless headphones and true wireless earbuds. Which is great, unless you’re among the growing cohort of people who think wireless headphones are downright cheugy…

Technological advances mean home and personal audio devices are getting better every year – but the thriving vinyl and record player market proves that many of us still value the old ways when it comes to eking out every last drop of detail and warmth from our music.

As 2021 draws to a close and we start looking forward to all the new audio gear we’ll be seeing at CES 2022, we’ve taken a look back at the announcements, launches, trends, and innovations that made the past 12 months a sonic year to remember.

The AirPods 3 were the most highly-anticipated release of 2021 – and after months of rumors and disappointment, Apple finally delivered the new true wireless earbuds in October.

They aren’t the game-changing, gesture-controlled, fitness tracking earbuds that had been rumored, but the AirPods 3 are a significant step up from their predecessors, and a good alternative to the AirPods Pro for those that don’t care about active noise cancellation.

We were pleasantly surprised by how good they sound, especially with Spatial Audio enabled, which makes it feel as though the sound of your music, films, and games are coming at you from every angle.

Now everyone’s attention is on the so-called AirPods Pro 2, which are expected to launch in late 2022. It just never ends, does it?

The AirPods 3 were just one of the brilliant true wireless earbuds models released in 2021, proving that the form factor still has plenty of life in it yet.

Chief among these were the NuraTrue, a pair of wireless earbuds that exceeded our expectations for how personalized a pair of headphones can be. Thanks to a clever accompanying app, the NuraTrue earbuds can be tuned to your ears exactly, measuring how you hear and how well the buds fit into your ears for the best sound possible.

It would be remiss of us to not mention the Sony WF-1000XM4. The brand’s true wireless earbuds are our pick for the best wireless earbuds you can buy today, picking up where their predecessors, the WF-1000XM3, left off.

They aren’t the best noise-cancelling earbuds or even the best earbuds for audiophiles. However, they are without a doubt the best all-rounders, offering impeccable ergonomics, a rapid, full-bodied sound, and truly useful features such as adaptive noise cancellation, Speak-to-Chat, an IPX4 water resistance rating, and a comprehensive control app.

True wireless earbuds and wireless headphones may be getting better all the time, but 2021 was the year that cool girls embraced the cables of old.

In October, an Instagram account called Wired It Girls emerged, curating an aspirational gallery of women wearing wired headphones and earbuds. Lily-Rose Depp, Zoë Kravitz, and Bella Hadid are among the young women who have ditched wireless headphones in 2021, in a move that fashion historian Rachel Weingarten equates with the renewed interest in Y2K styles.

Wired earbuds now have the same retro style credentials as low-rise jeans and Juicy Couture tracksuits – and in a year that many of us would describe as ‘challenging’ at best, who can blame the youth for looking to the early noughties for inspiration?

Spatial Audio was the sonic buzzword

Immersive audio technologies like Dolby Atmos have quickly become part of the average home cinema setup, with more streaming platforms and soundbars supporting it as standard – but 2021 was the year that spatial audio really took off in the world of headphones.

In an unexpected move from a company not known for being particularly budget-friendly, Apple Music made its own Spatial Audio technology available to its subscribers at no extra cost, while Amazon Music HD did the same for music mixed in Dolby Atmos and Sony’s 360 Reality Audio.

Hi-res audio came to all – except Spotify users

As we mentioned, 2021 was the year that saw Apple Music and Amazon Music HD introduce lossless, hi-res audio streaming to its subscribers – but they didn’t include a price hike, making premium audio files more accessible than ever.

The news came not long after Spotify announced that it would be launching its own hifi streaming tier; Spotify HiFi wouldn’t offer true hi-res audio, but it would offer better quality streams than are currently available to its users.

It was slated for release in 2021… but it never materialized. What’s more, Spotify HiFi is rumored to come with a price increase compared to the company’s regular Premium subscription tier.

It could be that Spotify has pushed back the release of HiFi to find a way to offer it at no extra cost to its users – if it doesn’t, there’s not much stopping people from making the switch to Apple Music or Amazon Music HD.

Sonos raised its prices… for no real reason

One of the most surprising stories of the year was the news that Sonos would increase its prices. Existing speakers, soundbars, subwoofers, and amps – some of which have been on the market for years – were bumped up by as much as $100 / £100 / AU$100 in 2021. And the reasons for this aren’t particularly clear…

In a statement, Sonos said that it has and will continue to evaluate pricing on a “market-by-market” basis, and that the price increases are part of its promise to sustainably grow the business and maintain “the easy, connected experience” its customers expect.

The company also cited supply and demand as factors in its decision to raise prices – something that may refer to the ongoing chip shortage that’s affecting everything from car manufacturers to computer companies.

That’s little consolation for anyone who’s been saving up for a Sonos speaker and is now significantly short of the money they now need to pay.

At the time, we struggled to get our heads around the announcement. After all, it’s very rare for a company to widely increase its prices – more often, we see older devices being discounted as new models come to take their place.

Even if there are legitimate reasons for these price increases, we wouldn’t blame anyone for feeling ripped off by the company. Sonos speakers may be among the best on the planet for those that want to build a hifi system without annoying cables, but it’s hard to feel like you’re getting value for your money if these products are more expensive than they used to be.

Vinyl continued to flourish in a world of music streaming

2021 was a year of innovation in the world of audio – but one old school format continued to thrive, as vinyl overtook CD sales for the first time since 1986.

The 2020 end-of-year report from the RIAA (Recording Industry Association of America) found that in 2020, vinyl sales grew 28.7% to $626 million, while revenues from CDs declined 23% to $483 million, continuing a long-term decline that started when music downloads and streaming came in vogue.

While the report noted that vinyl still only accounted for 5.2% of total music sales – which is heavily dominated by streaming – the fact that the older physical format is thriving as CDs continue to languish speaks to our enduring fascination with turntables and records.

One reason for its survival could be put down to a feeling of nostalgia for the tangibility of physical records; the pride of owning your own music collection was largely erased when the industry went digital.

The record players of today are getting better all the time, too, with features like wireless connectivity making them more accessible to younger enthusiasts who don’t want the fuss of lots of cables.

As much as we love the warm crackle of vinyl, there’s no denying that music streaming is the most convenient way to listen these days. But, however you listen to your music, one thing is clear – 2021 gave us more choice than ever before. And that’s worth raising a glass to as we head into the new year and all the audio possibilities it brings.