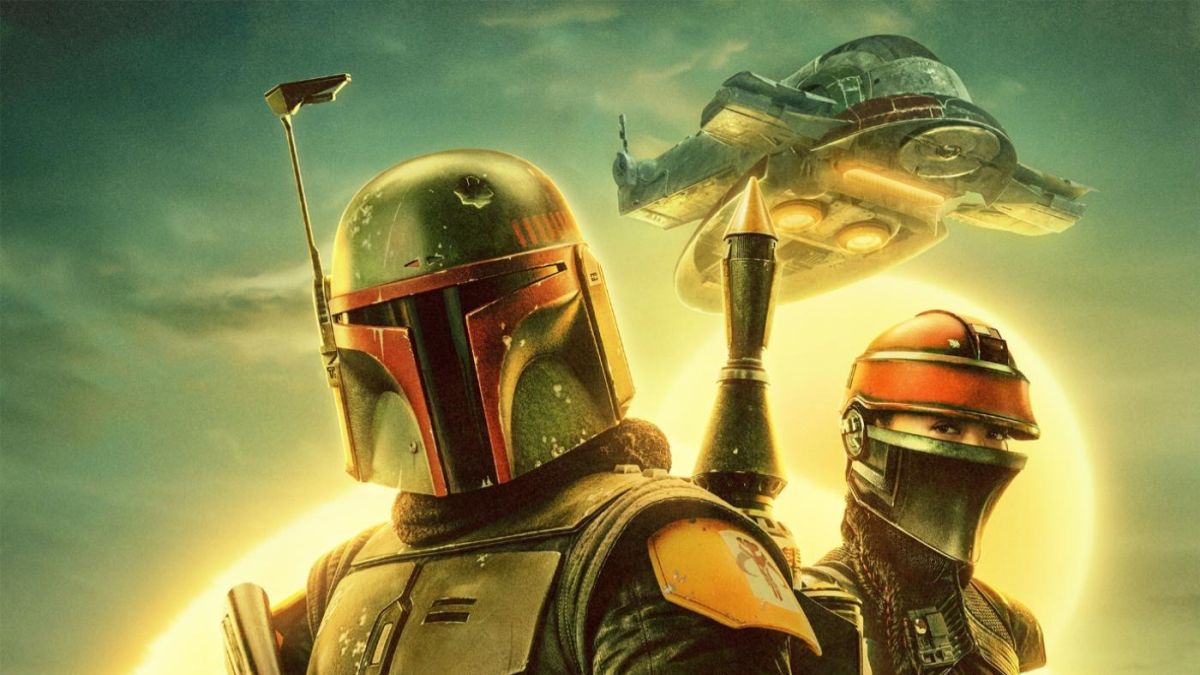 That was one helluva year, wasn’t it? Sure, the global pandemic continued to grab most of the headlines in 2021, but we’ve also been treated to some darn good movies and TV shows over the last 12 months – the best of which you can find in our annual streaming roundup.

The onslaught of high quality entertainment isn’t over yet, though. Many of the major streamers have saved some of their best offerings for the end of the year, and the next few days will see fans of major franchises like Star Wars and Harry Potter once again reaching for their remotes.

Below, we’ve rounded up the seven biggest movies and TV shows coming to Netflix, HBO Max, Prime Video and more this weekend.

The Book of Boba Fett (Disney Plus)

Looking for some new Star Wars action to tide you over until The Mandalorian season 3? The Book of Boba Fett has arrived on Disney Plus to quench your thirst for bounty-hunting escapades.

The first two episodes are available to stream now on Disney Plus, with the remaining five arriving every Wednesday at 12am PT / 3am ET / 8am GMT / 5pm AEDT.

Now available to stream on Disney Plus

After the success of Friends: The Reunion earlier in the year, it was only a matter of time before Warner Bros. commissioned a similarly nostalgic special for the beloved Harry Potter franchise.

As such, you probably already know what to expect from the aptly-titled Return to Hogwarts. The one-off reunion will combine interviews, cast conversations and behind-the-scenes footage to take audiences on a “magical first-person journey through one of the most beloved film franchises of all time.”

It’ll be overly saccharine, no doubt, but fans of J. K. Rowling’s Wizarding World will likely find lots to love here (the author herself won’t be appearing in interviews, mind).

After a year-long absence, Cobra Kai season 4 makes its way to Netflix this weekend.

New episodes of the Karate Kid spin-off will see Johnny Lawrence and Daniel LaRusso begin training together for the first time in an effort to defeat infamous villain Terry Silver – though, as existing fans of the show may expect, the two leaders have trouble agreeing on fighting techniques.

Audiences should expect more of the same corny nostalgia, teenage angst and emotional punches (if you’ll pardon the pun) from this one, then.

In Maggie Gyllenhaal’s feature directorial debut, which is now available to stream on Netflix, a woman’s beach vacation takes a dark turn when her obsession with a young mother forces her to confront the secrets of her past.

This one has already been praised for its uncomfortable examination of motherhood and maternal responsibility, so expect a dark but captivating watch.

Netflix’s latest Harlan Coben adaptation follows a photojournalist, a soccer mom and a homicide detective as their lives become disturbed by a terrible event from the past.

If that sounds like a run-of-the-mill thriller synopsis, that’s because Stay Close is likely exactly that – though a cast which includes Cush Humbo, Richard Armitage, James Nesbitt, Eddie Izzard and Sarah Parish should ensure this one has enough meat on the bone to make it worth a watch.

It’ll be interesting, too, to see how Coben’s story is adapted to a British setting (the novel is set in suburban America) in this eight-part series.

This time around, the Fab Five find themselves lending style advice to deserving residents of America’s Lone Star State. Expect inspiring transformations from a dance instructor, a cowboy who occasionally forgets to shower, a transgender bodybuilder, an entire high school prom committee and many more.

If you’re after some feel-good TV to recover from the whirlwind that was 2021, Queer Eye’s new season is a sure-fire route to putting a smile on your face.

Now, we know this isn’t a new release, but since Prime Video isn’t getting any new original content this week, we thought we’d highlight our pick of the movies and TV shows that are dropping on Amazon’s streamer over the next few days.

Matthew Vaughn’s Kick Ass is one of the best superhero movies of the last decade. We say superhero movies, but it’s really more of an anti-superhero movie – an action-comedy that straddles the line between parody and crime thriller.

If you’re hoping to end 2021 on a high, movies don’t come much more enjoyable than this.